The Grammy's are by far the hardest red carpet to watch and pick your favorites and least favorites. You may have hated something if it showed up at the Oscars, but if it ends up on your favorite avant garde indie rocker a the Grammy's, it makes sense. Things were pretty tame this year, do you think?

By far and away the best dressed of the night was Rihanna. She killed it in this gorgeous Alaia. Her hair and make up are also flawless. Cuddling up to Chris Brown in the front row row though? gross. 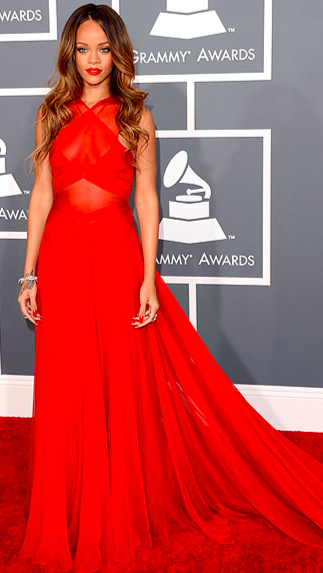 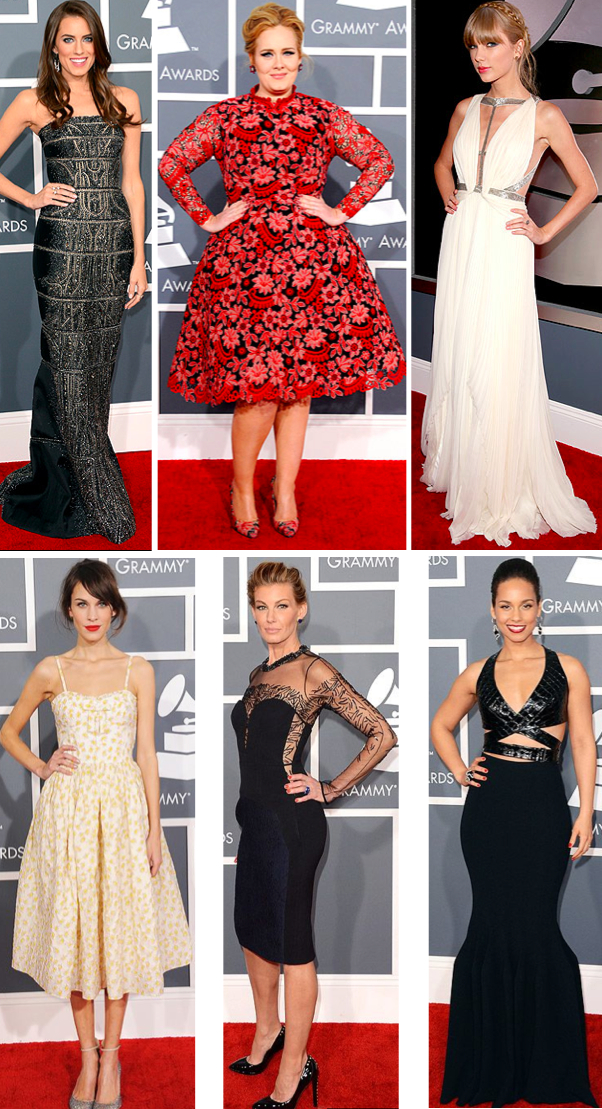 Allison's column dress is so chic and pretty. Only Adele can pull this off and I was psyched to see her not wear black! Taylor needs to lose the braid, but I thought her J. Mendel was very pretty. Alexa just always looks cool, right? There might be just a tad too much going on with Faith's look, but I think she looks pretty fab. I have probably never liked anything Alicia Keys has ever worn, but this is perfect for the Grammy's. Love the croc, showing just enough skin, and a cool shape.

Some of these are train wrecks and some I just do not get. My worst sometimes do not actually entail the absolute worst look of the night, but that it could have (and should have) been so much better. 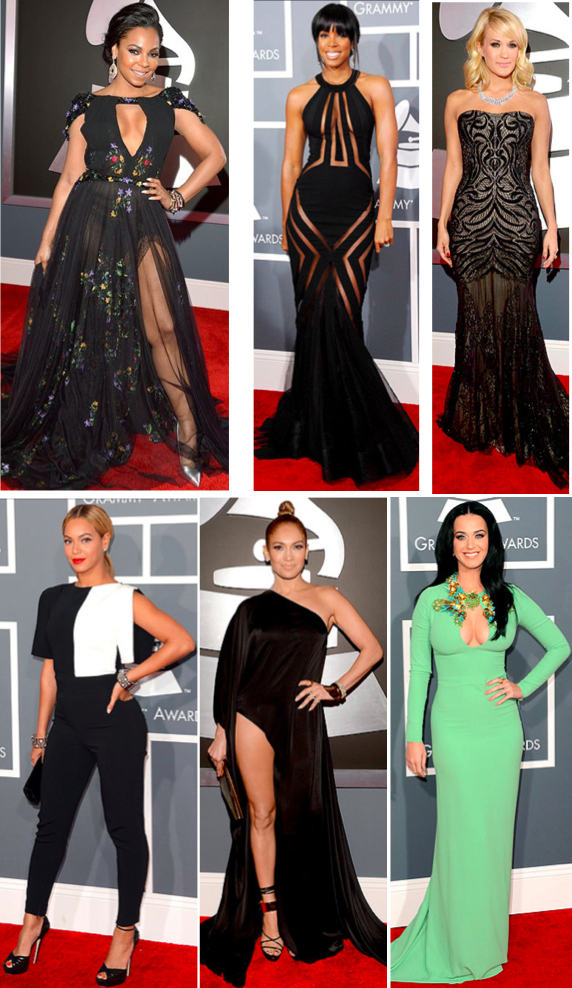 Wowza. Ashanti, there is just too much to comment on. It is like Kelly Rowland got the "cover up" memo and thought she would be so cool as to go to another extreme. This could be so perfect if it was just he cut outs on the top, but it is too much. Carrie is dressed like a Mom escorting her teenage daughter to the prom again, shocking. I actually really like Beyonce's, but it is not dressy enough for the Grammy's. Jlo, are you serious? It looks like she tucked her dress into her underwear just to make a statement. It is so weird. Katy's Gucci dress is actually great, but the busting out action spoils the whole thing.

I did not watch the whole show, but it is always a treat to see Mumford and Sons play.  Did you see Johnny Depp's spray tan? WTF was that?? Kelly Clarkson is also so cute and real. I have such a soft spot for her. I also had never heard Miguel before, totally obsessed with him.