There were two awards shows on yesterday, the BAFTA's in the UK and the Grammy's. The BAFTA's had an amazing selection of fashion that was a great sneak peak into what we might be expecting at the Oscars later this month. The red carpet was so good, that I actually did not have enough material to do a worst dressed list. Here are the highlights.. 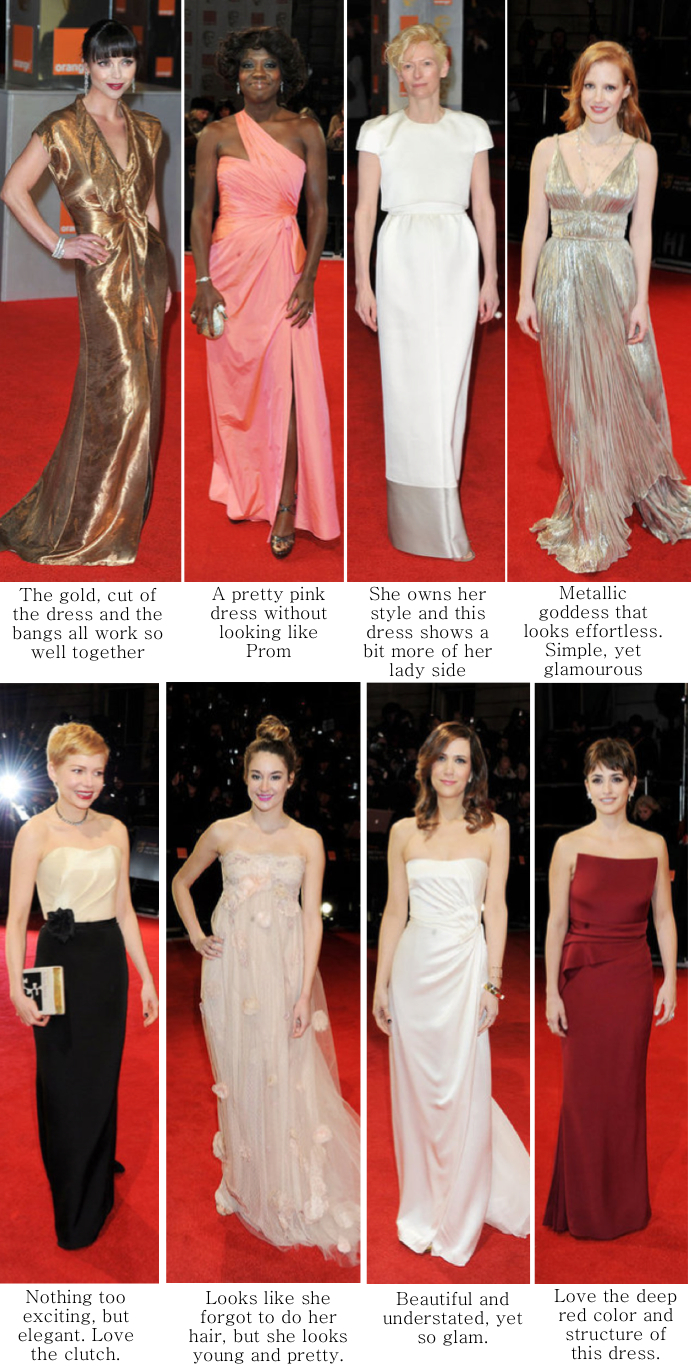 Then there is the Grammy's. Which is usually a mixture of way too many rhinestones, a freak show, and grown women wearing prom dresses. The Grammy's are fun and I like that you see some people take some risks, but there are limits, people. My first three favorites were just as good coming as they were going. 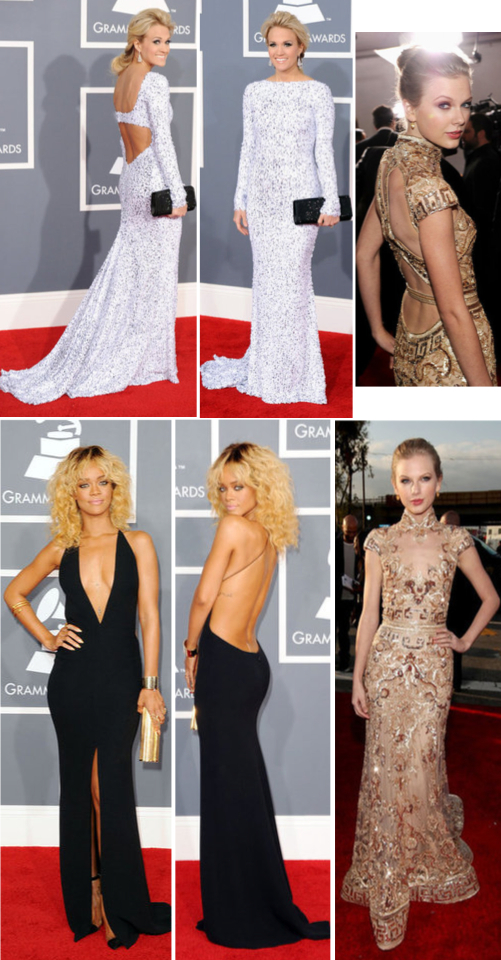 If I could change anything, I would take away the high neck of Taylor's dress. Rihanna's Armani dress is amazing and the styling is perfect. Carrie is a most improved for me. She usually chooses over-embellished gowns that are styled too old for her. This is a gown, but she looks pretty and classy. 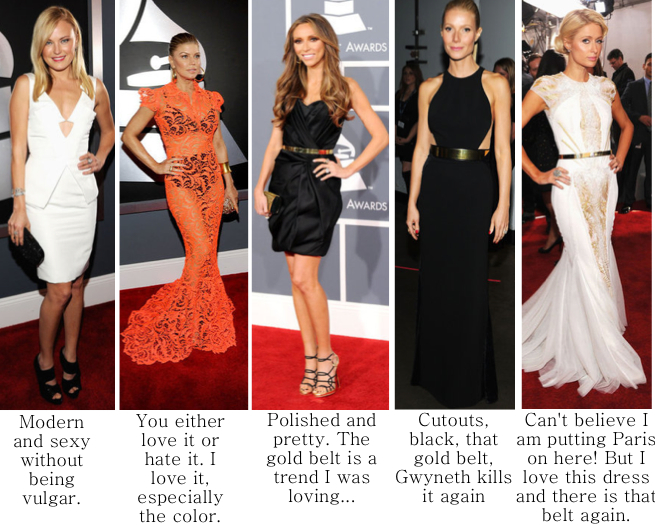 This is probably the shortest worst dressed list I have had for the Grammy's, which possibly makes the Grammy's now something to actually watch for the fashion and not just the shock value. These ladies, though could use some serious help.

What were your hits and misses from last night?