So much to cover from last night. What did you think? The Met Gala is the best red carpet of the year. So many risks, some that pay off, some that really don't, but so many to see. The exhibit itself honors punk in fashion and some attendees took some nods to the theme in gorgeous ways. Others, not so much.

Here are some of my top looks... 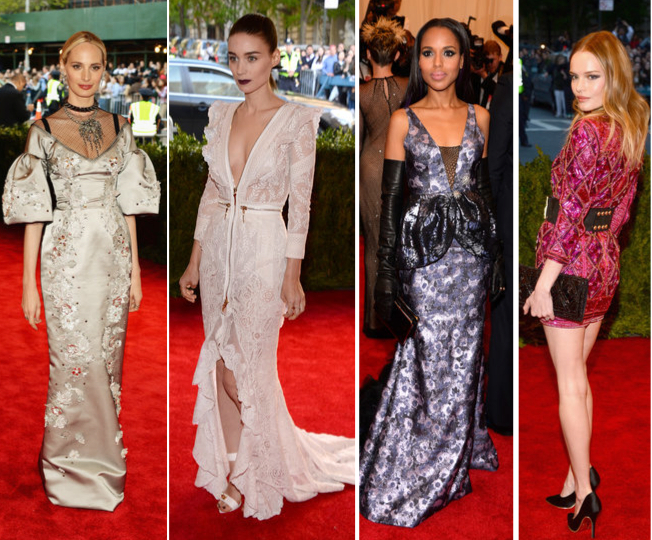 LSD's gorg Victorian meets punk looks polished, yet playful.
It feels like Rooney has worn this before, but the dress is beautiful and only she can pull off dark lipstick like that.
Normally, I hate gloves. But I love Kerry's leather set with her gown.
Kate looks HOT and effortless in Balmain. Killed it. 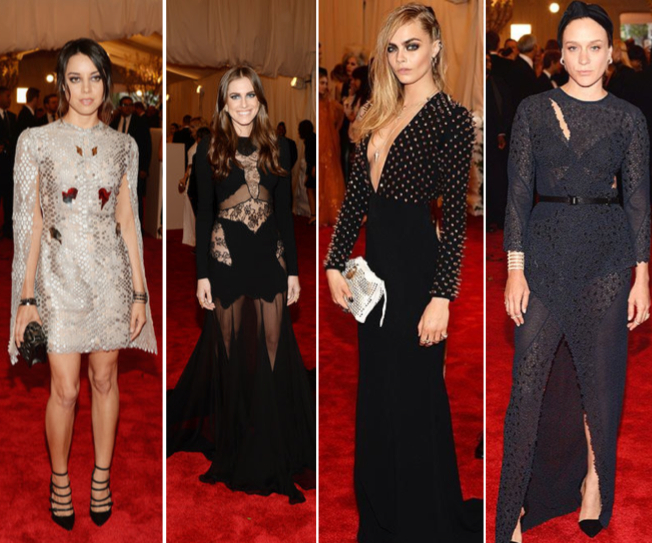 This is such a great example of a cape gone right on Aubrey. Kind of obsessed with her.
Allison is perfection. Love that she can pull off so many different looks.
Cara can kind of do no wrong, right? Spikes, plunge, braid. love.
I know a turban is controversial, but Chloe's look is flawless. Except the make up. 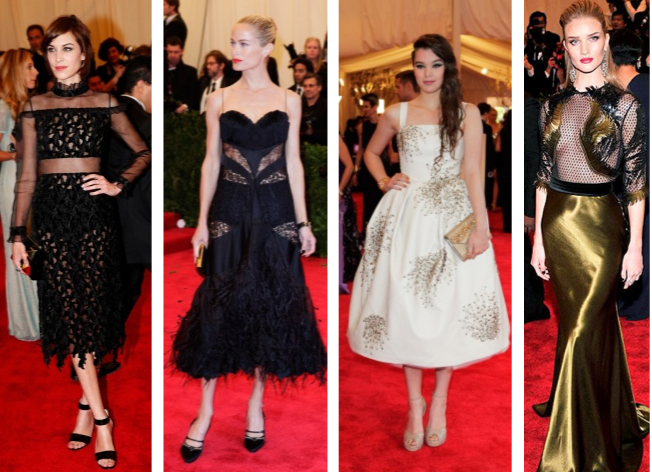 Lots of see through and cut outs last night, but Alexa's are my favorite.
Love the mix of sexy and sweet on Carolyn.
Hailee is growing up, but I love that she is not going too fast.
Rosie beyond gorgeous, like in a sick way. This Gucci is very unique, but she could probably have a paper bag on and it would look great.

This risk looks fantastic. SJP loves herself a headpiece and the dress is really pretty.

The genetic craziness of the Brady's is almost depressing. He looks pretty smashing in blue and though her dress is not my favorite, if I looked like that I would wear that too. Collectively a best.

Is it weird that I love this? simple white gown with an insane studded jacket. The hair confuses me, but I like what she is wearing.

If Anne lost the feathers, I would actually think she killed it. She annoys me now, but this dress is insane. 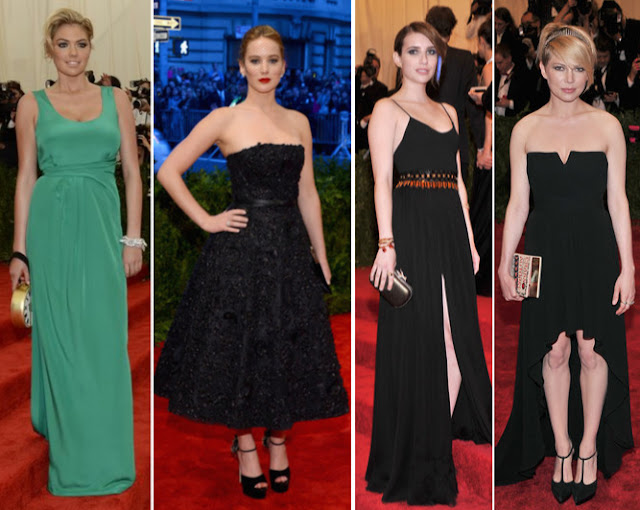 Come on ladies, you are gorgeous and this is the Met Ball. Not your cousin's wedding.

It is like she wanted something more matronly after her sheer dress last week. The color is fantastic, but she is too young for it and the styling is strange. 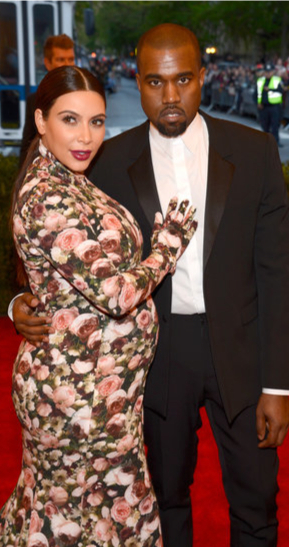 The look on Kanye's face says it all. Why is this creepy glove touching me? I do not understand this AT ALL.

Some more of my least favorites... 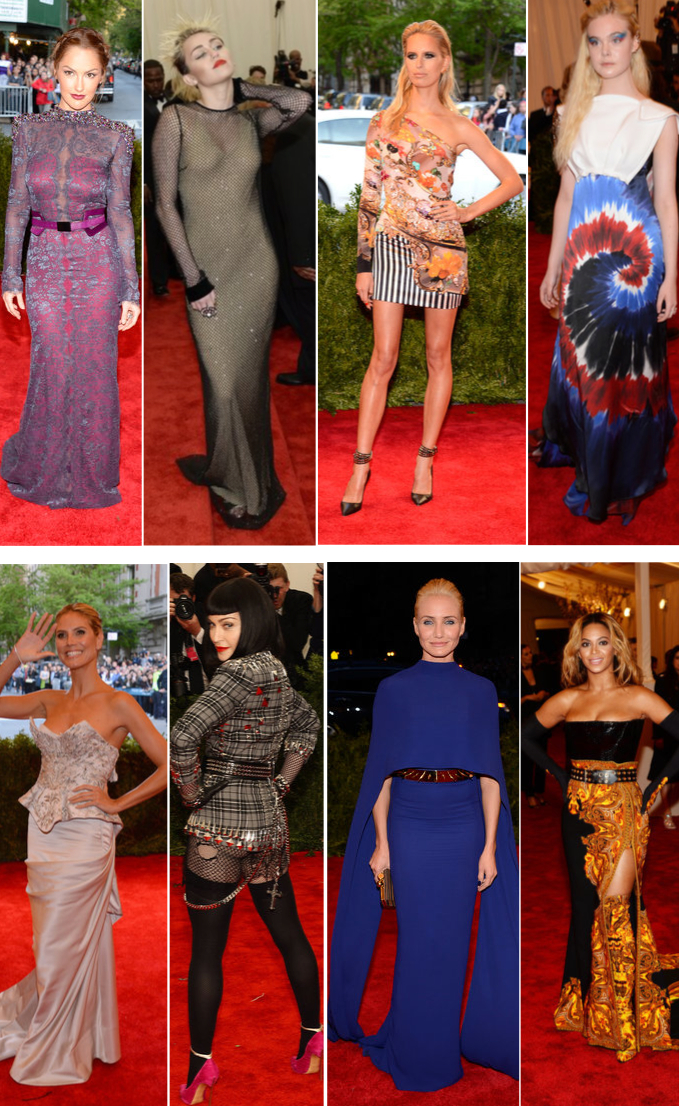 I bet Minka's dress looked better in person, but she is really covered up for a 20-something siren.
Miley bugs so bad. The end.
Karolina's dress is too casual and just wrong.
LOVE Elle, but the makeup with the dress is too much.
Heidi looks like she is going to prom again. Boring, and blah.
Madge, at least put on some hot pants.
Cameron looks scary. Her hair is too blonde and the cape is too overwhelming. The color is gorg though.
Ugh, Beyonce. This is a hot mess.

Can someone explain this to me?

Nicole has one of the most amazing hair cuts right now and this is what she does with it? The dress is pretty, her make up is great, but the hair makes no sense. It is just odd. Wish she had not done that because I love her.

When have pants under a skirt EVER worked out for the person wearing them? 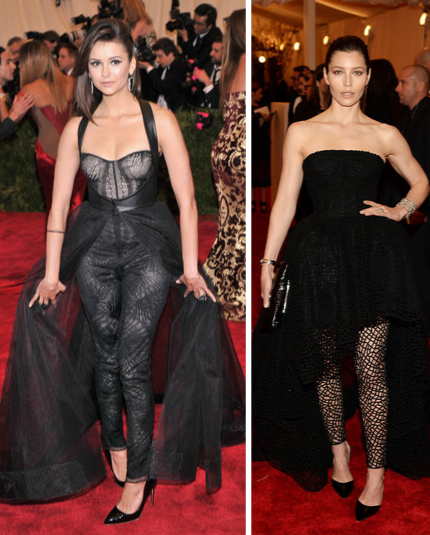 Nina weighs about four pounds and this is crazy unflattering. Jessica's is not THAT bad, but it just does not work for me.

So what were your favorites? There were so many others to comment on, but this was long enough. Diane looked great, so did Marion. The Courtin-Clarins girls were also pretty amazing.

Too many to put up here!