How many rooms have I pinned on Pinterest? Somewhere around 4,158? And while I exaggerate, it seems hard to hone in on those rooms that you could actually apply to your own space.

So from time to time I will actually take some of those very popular rooms on Pinterest and put them together for all us non-designer, non-millionaires.

Let's start with this cozy space. I pinned this because of the white walls, which I am hoping to incorporate more of in my house, and the use of neutrals with a few pops of color. 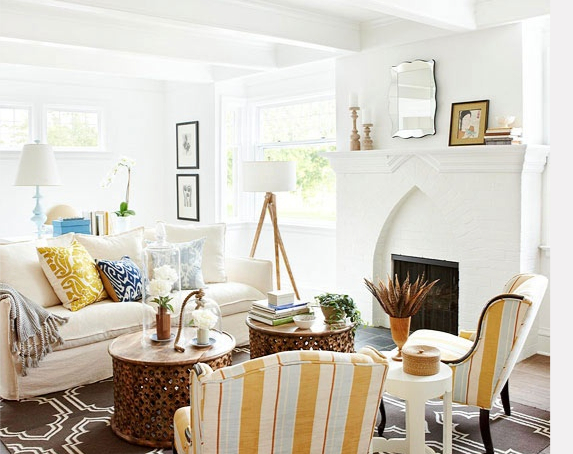 Black, white, wood, blue, yellow, espresso. This room is actually a lot more eclectic than I thought at first glance because it does such a good job of only using neutrals plus two other colors. It also has a coastal feel, while also throwing in some tribal/ethnic influence. Which makes it even easier to execute with things you might already have on hand. 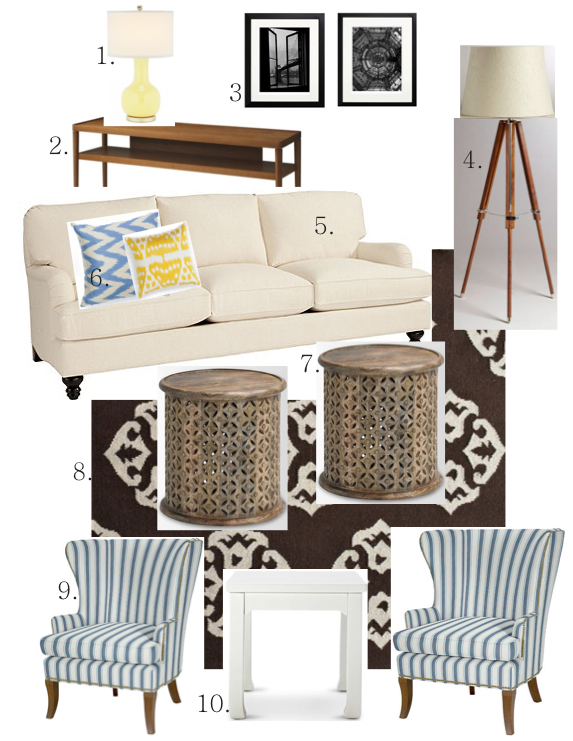 Wouldn't it be cozy and fun? It also feels comfortable. Like you could have friends for drinks, but your three year old could run around and play as well.